Things have gone south for migrant children in Border Patrol custody. According to Rolling Stone:

The government is not required to provide migrant children in custody on the border with soap, toothbrushes, or adequate bedding, a lawyer for the Trump Justice Department insisted in court Tuesday [June 18, 2019]. A consent decree guaranteeing “safe and sanitary” conditions, the government argued, is too vague to be enforceable. The assertions left a panel of three judges for the Ninth Circuit Court of Appeals incredulous, with one stating plainly: “I find that inconceivable that the government would say that.” [1]

I’m glad the judges were “incredulous.” God’s concern for immigrants and refugees is clear throughout the Bible. An example (among many) can be found in Deuteronomy 10:17-19:

17 For the Lord your God is God of gods and Lord of lords, the great God, mighty and awesome, who is not partial and takes no bribe, 18 who executes justice for the orphan and the widow, and who loves the strangers, providing them food and clothing. 19 You shall also love the stranger, for you were strangers in the land of Egypt. (NRSV)

“You shall also love the stranger” echoes through the demands of the law, the proclamations of the prophets, and the life and teachings of Jesus Christ who gave his life that we who were strangers might be made part of the people of God. We should not be satisfied with our country’s treatment of migrant children until it reaches the level of care and kindness we would want for our beloved children and grandchildren.

[1] Tim Dickenson, “Trump Administration Argues Migrant Children Don’t Need Soap” Rolling Stone, June 20, 2019. https://bit.ly/2XYfCqy. Rolling Stone is by no means my favorite source, but they had an article that was less political than many others and they provided source video at the end of the article. 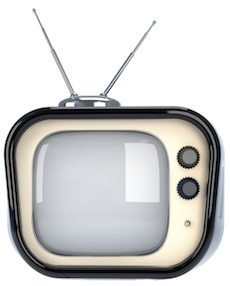